In Pursuit of the Wild, Closer Home 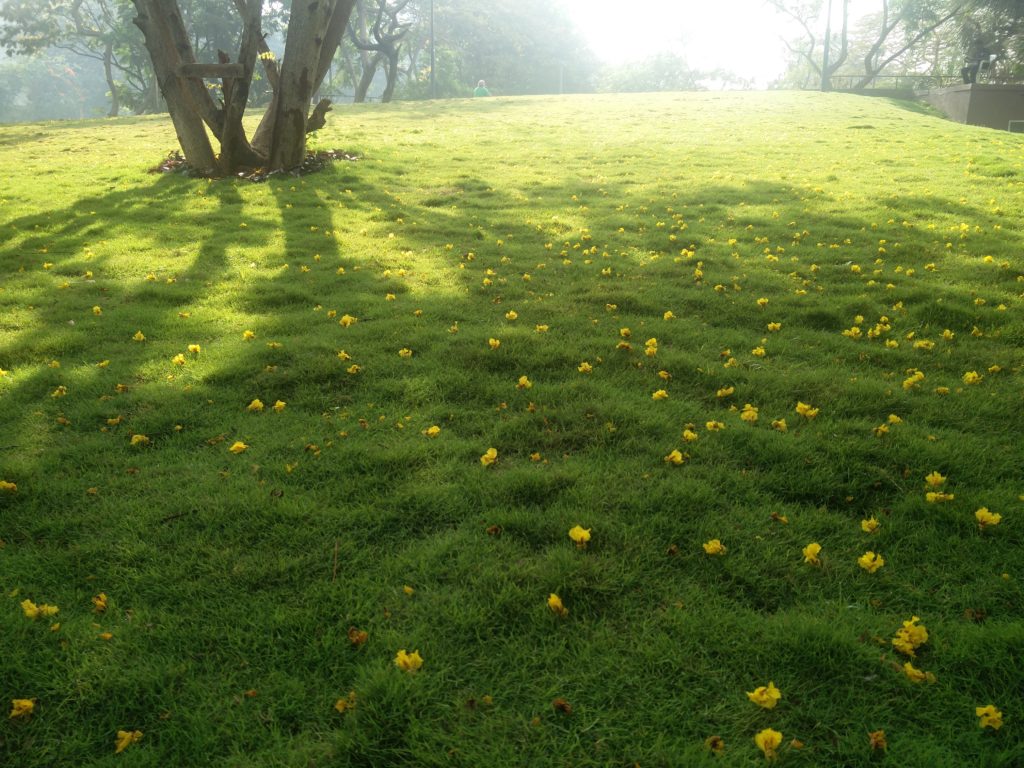 This piece first appeared on Paper Planes in January, 2019.

It was on a machan in a forest, alone at night, that I was forced to contemplate my irreversible (and slightly far gone) love for the wilderness, and my greed for a good story.

It was after midnight, the moon was a mere sliver in an empty winter sky; mist hung and settled on whatever it glimpsed, distributing silvery hoods to shadowy canopies.

And it was dark.

Darkness in a forest is a different beast. There are no distant streetlights, no windows with night lamps, no burning piles of trash at the side of the road, no shops with a bulb straining against the night.

The absence of light is absolute and unsettling.

In the midst of the darkness, the presence of the two leopards somewhere below the tree I was on, was an unexpected development. I couldn’t see them but I heard them, low growls reverberating deep inside my beating heart, terrifying and exhilarating in equal measure. I have never forgotten that sound. They didn’t bother me for long, and proceeded to make a meal of an unfortunate barking deer. As the night gave way to alarm calls, unseen footfalls puncturing the leaf litter, and a steady chill invading my bones, I wondered at how readily I’d volunteered to spend the night in a forest by myself just for a story. It had to be love. That night became one of my most treasured memories of the wild.

A decade ago, wildlife meant only ‘big’ moments like this to me. And there were heaps of them: hunts in Masai Mara, whale sightings in California, tigers stalking bison in Tadoba. With each trip, I fell a little more in love, and while it strengthened my compassion for the natural world, it also did something potentially problematic.

When we chase ‘big moments’, we become conditioned to believe that wildlife is something to travel for. Something that needs a ticket to a protected area. Something that is always action-packed, has teeth and claws, and is usually told in the wonderfully familiar baritone of David Attenborough. Something that is packaged and compartmentalised in an itinerary.

But wildlife lives outside of our travels too. It actually lives closer than we’d care to look.

The fishtail palm you photographed in the wildlife reserve grows on your office commute. The coppersmith barbet you woke up to in the wildlife lodge calls every day in the park where you jog. Some of the gulls that flew over your whale cruise engage in power play with crows on your shores every day. Our skies are avian battlefields — kites and falcons, barbets and bulbuls, gulls and terns — locked in a constant dance of predator and prey.

If you live in a city by the coast, and have walked along the shore at low tide, you will have seen small creatures reigning over tide pools. My concept of homes changed forever when I peered at these tiny ecosystems, which support even tinier ecosystems: slugs living on a sea sponge, crabs living in discarded shells — everything is a house. In that the shore is one giant being, alive and ever changing with the ebb and flow of the tide.

So while I would never tell a traveller to ignore the big moments, I would urge them to gradually change focus from a macro to a wide-angle lens and zoom out from the animal. To continue watching wildlife even when our mobile phones beep on after crossing the national park boundary, even after we come home, unpack and go to work. If we extend this love to all wildlife instead of a lucky few on safaris, we might demand answers for loss of habitat and policies for all wildlife, instead of protesting the killing of individual animals. We might start treating our cities better to make them habitable to the urban wild, not just insist on our forests remaining pristine. Our view might change from an itinerary to a way of life. And maybe that’s what wildlife needs, a little less compartmentalising and a little more inclusion. I’ve been zooming out gradually, almost as an exercise, and over the last year, have met hundreds of new creatures on the shores of my own city, whether it’s an octopus that’s waving at me from a tide pool or a sea snail the size of my fingernail. As I write this, I can hear fruit bats, glorious flying foxes, engaging in boisterous conversations and screeching their points of view — decorum be damned — on a tree right outside my window. Everything’s a wildlife documentary if you only care to look.