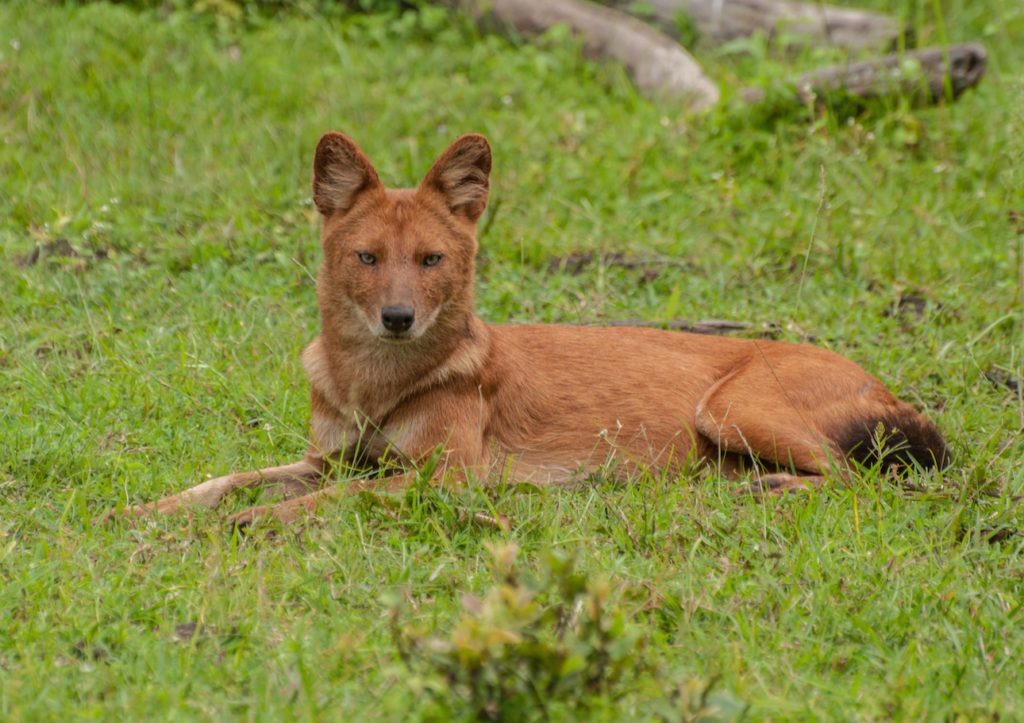 The pack moved in unison, weaving around the tall trees, 11 dholes, or wild dogs, the colour of red earth, fading out of view as dusk fell over the forest. In a few minutes, it would be like they were never there, camouflage allowing them to disappear into the forest amid frantic langur alarm calls. Dholes are pack hunters—intelligent, fast and, hence, deadly. I hadn’t seen one for years, so seeing a pack like this as the sun went down was extraordinary.

Declared a tiger reserve in 2011, the Biligiriranganatha Swamy Temple Wildlife Sanctuary, or BRT tiger reserve, may not hold immediate recall for travellers who aren’t from the south, but it’s seeing an increase in the number of visitors, with sightings ranging from smaller species such as the giant flying squirrel to larger mammals such as elephants and leopards. 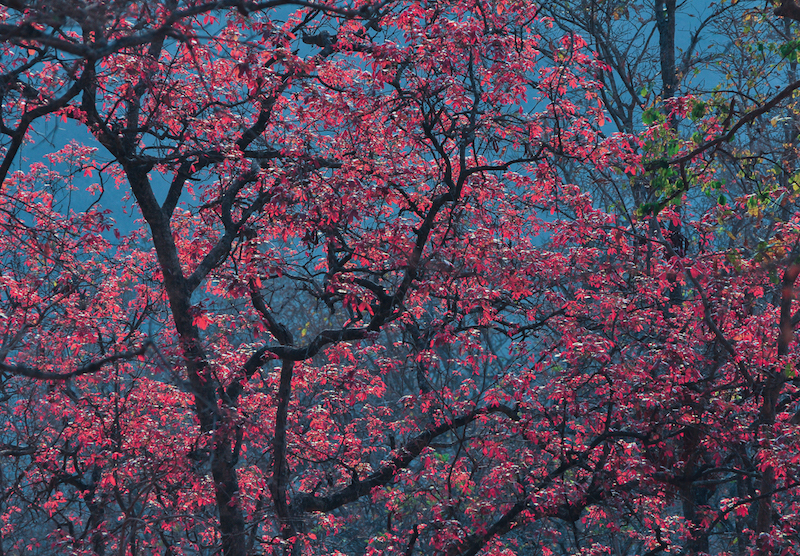 The reserve gets its name from the temple dedicated to Lord Ranganatha that sits on the edge of a white rock cliff (biligiri means white rock in Kannada). What makes BRT a particularly significant wildlife destination is its role as a wildlife corridor between the Eastern and Western Ghats, facilitating the movement of species between the two ranges. That means that when one goes on safari in BRT, one might see species from both ranges. You might go in expecting to sight a Black Eagle and a dhole, both species associated with the Western Ghats, and find that you have run into a Madras Treeshrew and the four-horned antelope, species primarily found in the Eastern Ghats.

The forests of south India are very different from the ones in other parts of the country. While the tiger dominates wildlife tourism in central India, here the focus is broader. At BR Hills, elephants, leopards, rare birds and snakes are the mainstay, not to forget the forest itself, with the landscape changing at different elevations—scrub, deciduous, riparian, evergreen, sholas and grasslands. We drove under these canopies, checking for birds even as the sun lost its battle with the cloud cover. Terrapins sat on the banks as we went past a lake, and a stripe-necked mongoose—found only in this part of the country—waddled its way to a drink. 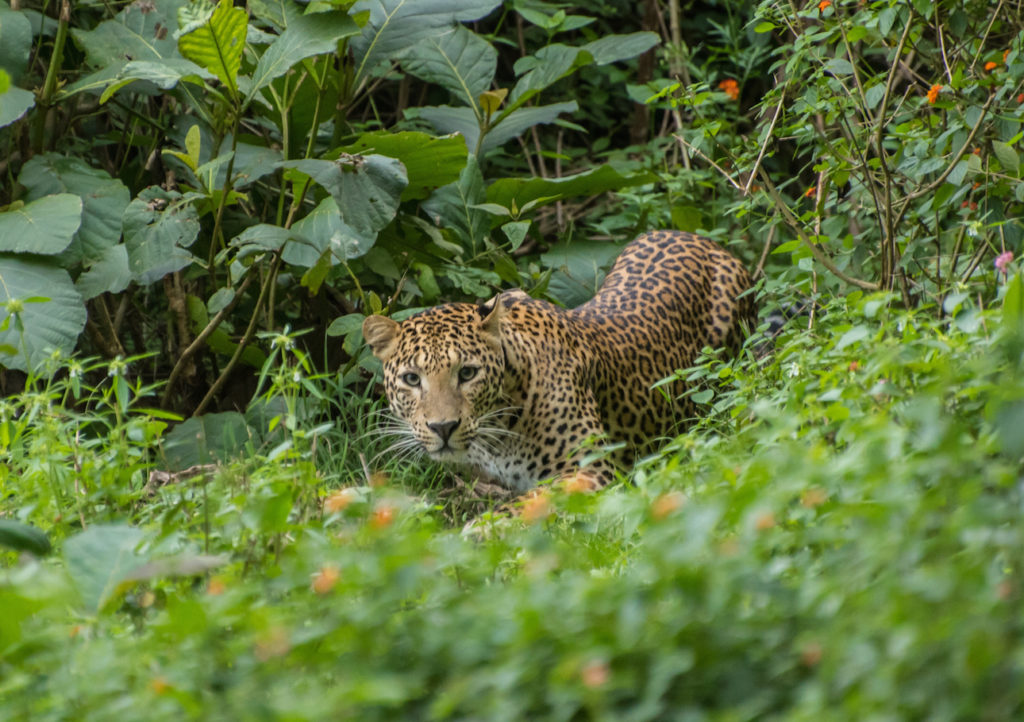 One morning, we were awakened by a chital alarm call and I couldn’t wait to get out into the forest. Is there anything more ironic than the beauty of an alarm call in a forest? The silence of dawn broken by sounds of an animal in danger. It’s a bit twisted, isn’t it, I thought, the adrenalin that comes from the likelihood of watching a fatal fight between predator and prey. We never got to know the fate of the animal that had made that call; we did, however, meet a devastatingly handsome male leopard that probably caused all the fuss. We spotted it as we drove past, beautiful yellow and black coat gleaming in the morning sun, and razor-sharp eyes that followed us all the way till we rounded a bend and went out of sight.

The Soliga consider tigers and forests sacred and work together with the forest department on conservation. According to the chief conservator of forests, Vijay Mohan Raj, “The BRT tiger reserve has largely shaped into the wildlife habitat it is today due to the Soliga tribal lifestyle—their beliefs and way of life are about coexistence—and the protection work done by the Karnataka forest department. The rebound of wildlife is largely due to effective ground patrolling work done by the front-line staff, resulting in better wildlife sightings, which, in turn, has translated to higher tourism footfalls.”

Corridors are reminders that animals don’t really recognize boundaries designed by state, park or region. They move in search of food, water and mates. The idea of a place where wildlife can come together and connect one ecosystem with the other is special—a bit like humans and digital connectivity, without the ugliness. Clearly, nature does everything better.